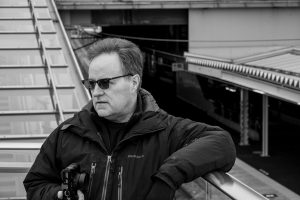 A long long time ago after escaping high school, for lack of a better option, I enlisted in the US Navy.  Long story short, before I knew it I found myself walking the halls of the world’s famous museums in Italy and France, surrounded by masterpieces of art.  Michelangeo’s Pietà is a distinct memory.  Being an uneducated kid who barely made it through high school, I had no real appreciation of the things I saw at the time, only that they were really “cool”. They did affect me, however, even if I wasn’t aware of it at the time.  Years later I spent a decade of my life sailing the seas in the US Merchant Marine as a Radio Officer (the guy that sends out SOS in morse code if the ship is sinking).  This meant countless weeks and months at sea and visiting numerous countries. It also meant weeks and months of isolation, away from television, telephones, and media. It was during that time I picked up the book, “Drawing on the Right Side of the Brain“, by Betty Edward, a sketch book, some pencils, erasers, etc, etc, and due to the pure isolation of my environment, read the book from cover to cover.  By the time I had finished it, I could draw anything I could see.  It transformed me – I wanted to draw everything I could see!  It was as if I had a new “magic” ability that most people didn’t have!  I remember a few successful attempts at drawing things when I was a kid, however, so I must have had some natural ability outside of that book.

With my eyes now opened, I soaked up everything I could  read on drawing and painting so I am mostly self taught. What I didn’t read from a book, I sought out from various drawing and painting classes. I studied privately under an extremely talented artist named Marcos Cotti Lorango, Jr (who had painted Orson Wells and Josephine Baker, among other celebrities). I took numerous classes at the Scottsdale Artists School. I have spent quite a bit of time traveling to the actual locations where Van Gogh painted in France. I have been doing this now for about 15+ years, in waves.

My favorite artists are Vincent Van Gogh, Edward Hopper, Lautrec, Degas, to name but a few.

Whatever the level of my skill, I can say that whatever I do paint, it’s honest and I refuse to fake it, especially when it comes to drawing and painting.  I do not like to paint  from photographs  (but will only if there is no other option). The great masters are my teachers and it all starts with drawing.

Hope you enjoy some of what I see…